South Asia's economic growth potential over the past decade has brought the region's attention around the world. Due to the economic dynamism of the region, their countries were one of the least impacted by the financial crisis of 2008. In this sense, the forecasts of economists and experts bring important reflections on the challenges for the region. According to the most recent studies, in the next three decades the global economic scenario will undergo important changes. The United States will no longer be the largest economy in the world, e sim a China, and second is India. And with this potential scenario, South Asian cooperation represents an even more challenging opportunity, because the region can become a major pole of influence and power in international relations.

Despite the great economic potential, the region encounters barriers to cooperation due to socio-political instabilities, religious extremism, great social inequality and for national security reasons. In this context, debating the difficulties faced by the countries of the region for regional cooperation is fundamental for the development of all countries and the expansion of their potential.

South Asia is made up of 8 state. Afghanistan, Bangladesh, Bhutan, India, Maldives, Nepal, Pakistan and Sri Lanka. It is a dynamic region with approximately 1,7 billion inhabitants. In the last decade, the region had an average economic growth of 7,1%. India is the main actor in the region, due to its magnitude in every way. Its territorial size, extensive population, rapid economic growth in the last decade and its position on nuclear issues. However, despite so many positive indicators in the region and the possibility of cooperation, the region is one of the least integrated in the world.

The reasons for this lack of interaction are reflections of a set of factors: Historical political tensions, distrust, cross-border conflicts, nationalism and security issues. Political instability in the region acts as a diffuser of doubts and fears in the relationship between 8 countries, mainly between India and Pakistan.

The political barrier between all members is a consequence not only of recent events in South Asia, but also of the political-social context and the conflicts that increased mainly during the period of British colonization and after the partition of the Indian subcontinent in 1947. Thus, this scenario did not allow states to really focus on the integration of the region.

Beyond the political factor, the region faces several barriers to its development that increase national challenges and hinder the capacity for regional integration. Among these challenges, They are:

In order to promote regional cooperation, in the decade 1980 first SAARC emerged, the South Asian Association for Regional Cooperation, that established a broad scope of cooperation that covers technology, science, farming, transport and other areas. However, the association founded in 1985 has been criticized since its creation for having excellent intentions, but few real results from the region. At the same time, there are also perspectives that point to a path that makes it possible to improve integration.

A decade after the creation of SAARC, South Asian preferential trade agreement emerged, o SAPTA, that was signed in 1993 with the objective of creating the path for economic integration in the region, given the almost non-existent commercial exchange between SAARC members. However, o acordo não gerou resultados efetivos no comércio, mas conseguiu abrir as portas para um futuro progresso na cooperação econômica da região.

However,, novamente as ambições do acordo não foram realmente concretizadas devido aos problemas internos, bilaterais e regionais que afetam a aproximação dos países da região. Results remained low and many barriers still hamper integration. To illustrate SAARC's low capacity, when comparing SAARC with ASEAN, (Association of Southeast Asian countries), there is a big difference, since ASEAN has adopted a concrete political commitment to obtain its most efficient economic cooperation and, has been obtaining positive results for the economy of the region and countries, part of the association.

Experts in the region point out that the agreement could have produced better results had it had another set of factors and behavior: better established deadlines, criação de um fundo para os membros menos desenvolvidos e um plano sólido para a eliminação de barreiras não tarifárias.

Considerando a última perspectiva, South Asia needs leaders committed in the coming decades to change the current paradigm of failed cooperation in the region. From conflict and distrust mentality to dialogue and cooperation, production of new weapons for a perspective that promotes a new type of harmonic relationship that can translate the historical and social relationship of the region, which has its roots in collective thinking and solidarity. Despite the challenge of seeking and developing this language at the local and regional level, the region's history indicates a great potential for productive dialogues.

Regional cooperation in South Asia could take a path that will lead the region to more sustainable economic growth, and with a process that brings a social perspective, focusing on improving the living conditions of the poorest part of the population, because in that way development and cooperation became more feasible and possible. Initiatives that develop technologies and institutions at the local level are also essential, national and regional in the areas of energy production, water resources and environmental preservation, institutions that establish regional communication and mechanisms that facilitate integration to meet the demands of a growing region.

The region's collective and plural tradition can overcome the current scenario that has a political mentality that promotes adversarial relationships and negative stereotypes through a development that can address the region's potential for the benefit of the population and envisioning global influence and results in all areas. spheres that this paradigm shift could bring. 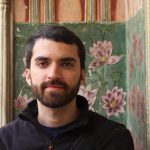