Brazil is a country with a disproportionate size in relation to its neighbors, especially in economic terms. The result of this is that the country ends up playing “of course” a gravitational force, making the other South American countries end up having their economies very dependent on the Brazilian economy.

This condition was no different even when considering the other major economy in the region: Argentina. Historically the argetinos had in Brazil the biggest destination of its exports. In September and October 2019 China occupied that primacy, being the main destination for Argentine exports. It was a small difference and lasted only those two months, what seemed to be something transitory.

But the reality is pointing the other way. April numbers, May and June show that China occupied space in a more structural way. While in 2019 the difference between exports to Brazil compared to China did not reach the USD 75 millions, now the difference in each month exceeds USD 175 millions.

This change can largely be explained as a consequence of the Covid pandemic, since almost 40% of trade between Brazil and Argentina is linked to the automotive sector. Even so, shows that China is growing in relevance and, about everything, presence in the region. And more, it's a reality that is here to stay.

Trade is only part of the story, and not always the most important. China and Argentina partnerships are expanding into different sectors, like the military (as seen by the Chinese space observatory set up in Neuquén province). Looking at these other dimensions is important for us to realize that this is not just a rising business relationship, but the increase in Chinese presence in the region.

The direct consequence of this is that Brazil, previously regarded as China's preferred partner in the region, is losing relative space. Argentina starts to stand out as one more. This movie has been seen before, in Africa. Over there, China has been expanding its relevance as a trading partner and in other areas, and now it has an undeniable relevance in the African continent.

The same should occur in South America. Chinese presence will grow steadily, mainly because it is starting with the biggest. Being relevant to smaller countries is easier and faster.

It is not about expelling the Chinese or starting a xenophobic movement. But it is necessary to be clear about this almost inexorable growth, so that we can rethink our strategies. China should not be treated as an enemy, but as a partner in building a new world power structure. For so much, we need to improve our bilateral relations, today so contaminated by rational ideologies. At the same time, we have to make better use of multilateral means to institutionalize international tensions, being, in this case, the BRICS space as the most suitable. 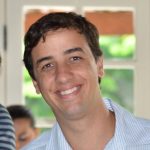 Post-Doctorate in Territorial Competitiveness and Creative Industries, by Dinâmia - Center for the Study of Socioeconomic Change, of the Higher Institute of Labor and Enterprise Sciences (ISCTE, Lisboa, Portugal). PhD in International Relations from the University of Brasília (2007). He is Executive Director of Mapa Mundi.