The violent explosion in the port of Beirut caused more than two hundred deaths and thousands of injuries. The region around the port was completely destroyed, but the effects of the shock wave wreaked havoc even tens of kilometers from the epicenter. After a moment of perplexity by the seriousness of what happened, the city was filled with protests in which the population, enraged at the authorities, accused of negligence, demanded the resignation of Prime Minister Hassan Diab, what ended up happening on the last day 10 of August, only 6 days after the tragedy.

The population's fury is explained. After all, everything indicates that the cause of the explosion was the combustion of 2.750 ton of ammonium nitrate, stored since 2014 in Port, inappropriately, after being confiscated from a merchant ship.

The port of Beirut is one of the most important in the eastern Mediterranean, uniting markets in Europe, Asia and Africa, being connected to more than 300 ports around the world. Besides that, is of vital importance to Lebanon itself, once 82% imports and exports and 98% of containers destined for the country pass through it. Before the explosion, their silos had a storage capacity of 120 mil ton. After the explosion, this capacity will have to be rebuilt, at a high cost, even more for a country that is experiencing such an economic crisis. Immediately, part of the cargo may be redirected to the port of Tripoli, further north and, on a smaller scale, to the port of Sidon, south of the capital.

With the explosion, Lebanon lives the so-called “perfect storm”: a serious political and economic crisis, accompanied by the Covid-19 pandemic and, now, of a new wave of popular revolt in Beirut.

In fact, protests have been taking place since last year, motivated by the economic deterioration, by the government's inefficiency in providing basic services, such as the supply of water and electricity, in addition to the many cases of corruption, and were the trigger for the resignation of Prime Minister Saad Hariri, in 29 October 2019. Who succeeded him, in January this year, was Prime Minister Hassan Diab, you just quit.

Modern Lebanon is a small, mountainous country, squeezed against the Mediterranean Sea, bordering the North and East with Syria and, South, with Israel. Its population is quite heterogeneous, composed of numerous ethnic groups, religious and cultural. Due to this characteristic, after obtaining independence in 1943, Lebanese leaders established a regime of political governance in order to try to guarantee a division of power that would offer political representation to three ethnic / religious groups: Maronite Christians (presidency of the republic), Shiite Muslims (president of parliament) and Sunni Muslims (Prime Minister). Parliament and public offices are also divided between Christians and Muslims.

Besides that, geography has imposed on Lebanon to be at the center of the Arab-Israeli issue and, more recently, of the Arab-Iranian dispute. Like this, when sectarian disputes led the country to a civil war that lasted for 1975 a 1990, both Syrians and Israelis sent troops to the country.

The long civil war has had serious consequences for the Lebanese economy. However, after the war, the country started an ambitious program of economic and social reconstruction, led by then Prime Minister Rafiq al-Hariri. The program has had considerable success; However, had as a side effect a substantial increase in the country's indebtedness, both external and internal.

These negative economic effects have been greatly aggravated by the civil war in Syria. It is estimated that the country has already received about 1,5 million Syrian refugees, which corresponds to approximately a quarter of the country's population. Tourism and foreign investment have drastically reduced. Religious sectarianism between Sunnis and Shiites has increased, with Lebanese Sunnis supporting Syrian rebels, while the Shias supported Syrian President Bashar al-Assad.

The conflict between the Shiite Hezbollah militia and Israel, that especially affects the southern region of the country, it is also far from a solution. Started during the civil war, in the decade 1980, its climax was in 2006, when the conflict escalated to Israeli army action on Lebanese territory, to destroy Hezbollah targets, but the low intensity confrontations between both remain.

It is in this environment of extremely high complexity and countless difficulties that Lebanon faces this crisis the most.. The destruction of the port of Beirut, of fundamental economic importance, served as a trigger for the explosion of protests that resulted in yet another change of government. The country's various political / religious groups will try to reposition themselves seeking to increase their political power, always under the watchful and interested eye of Iranians, arab, Israelis, Syrians, Turks, french, Russians and Americans. And so Lebanon will start over. For the umpteenth time. 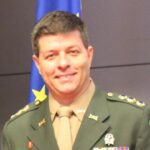