Yesterday and today Pakistan and India celebrated the 73rd anniversary of independence from Britain. Pakistan's occurred on 14 August 1947, and India right after, in the first minutes of the day 15. Minutes that ended the more than two hundred years that the court of Saint James reigned over British Raj, your “crown jewel”. Exhausted at the end of World War II and unable to maintain its colonial empire, England started at that moment the process of undoing its dominions; I could no longer claim that “the sun never set in the British Empire…”

India has emerged as a secular nation with a majority Hindu population and a large Muslim minority – the third largest in the world, numerically -, while Pakistan, with a large majority Muslim and Hindu minority population, would become an Islamic Republic - official state religion – although its constitution guarantees freedom of religion for people of all faiths. At that moment, an extremely complex and violent negotiation process ended, which led to the cissiparity of Raj in two societies based on the predominance of faith and that until today seek a solution to the nefarious inheritance..

This process was led by the last Viceroy of British India, Louis Mountbatten, cousin of Queen Elizabeth II, sent to Delhi to oversee dealings, who had Mahatma Gandhi as a “guarantor”, Jawaharlal Nehru, in the leadership of the members of the “Indian National Congress”, e Mohammad Ali Jina, to “Muslim League”, as key negotiators, together with the Sikh community.

The so-called “Mountbatten Plan”, presented to negotiators on the day 03 June 1947, granted sovereignty and autonomy to both countries and the right to establish their own constitutions; they would enjoy the British Crown's “domain / dominion” status, that is, British Commonwealth members, who has the English monarch(a) as sovereign(a). At that moment, the 563 called “princely states” (“princely states”), who did not belong to the British Raj, but they were vassals.

Everyone would decide, more or less troubled, integrate with India, because it would not be possible for them to survive autonomously embedded in Indian territory. The biggest doubt was with the Hindu monarch, Hari Singh |, of Jammu and Kashmir, whose population was mostly Muslim. He postponed decision making to try to maintain the autonomy of his kingdom. However, a revolt in the western districts of the territory, followed by an attack by invaders from the neighboring province of the Fronteira Noroeste, supported by Pakistan, made him understand the impossibility of his project. He asked Jawaharlal Nehru for help, in Delhi, who sent troops to safeguard his territory. In 26 October 1947, Hari Singh joined the State of India.

The crucial maps that delimited the border separating India and Pakistan were the “bone of contention” in the whole process; they were plotted, in a rush, by an English lawyer, Sir Cyril Radcliffe, who had never been to India before being appointed chairman of the Border Commission in the negotiation process, and to install isolated in a South Block office, in Delhi, to fulfill its “impossible mission”. Unaware of the religious and social issues underlying the issue, he drew the so-called “Radcliffe Line” following, "more or less", the western logic that the majority of the population would define the layout of the areas to be shared. There was no other: physical boundaries, evidently, did not coincide with “civilizational” boundaries, since in a region where there was a majority of a certain religion, minorities from other religions also lived…No case of Kashmir, at that time Muslims constituted 77% of the population, against 20% from Hindus, that spread across the territory. Today Muslims represent 97,16%.

The fury of Hindus and Muslims who felt cheated by their leaders during the partition was the cause of the greatest mass slaughter in the history of India. Millions of people uprooted from their homes sought to migrate, by train, ox cart and even on foot, to the new places assigned to your particular religious group. Muitos migrantes foram vítimas de bandidos e extremistas religiosos de ambas as religiões dominantes. Relato de um incidente descreve um canal em Lahore que fluía com sangue e corpos… 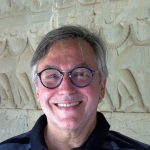